When It Comes To Carry, Size Matters!

When selecting a pistol or revolver for concealed carry, the size of the firearm makes a difference! Especially when you will have it on your body all day. I believe this advice is even more important for first time gun buyers as they have not yet built up a reference of shooting experiences to draw from. Experience has shown us that customers often get fooled into thinking that when a gun feels good in your hand, it’s the “right” gun. This is misleading in a carry situation for a number of reasons. 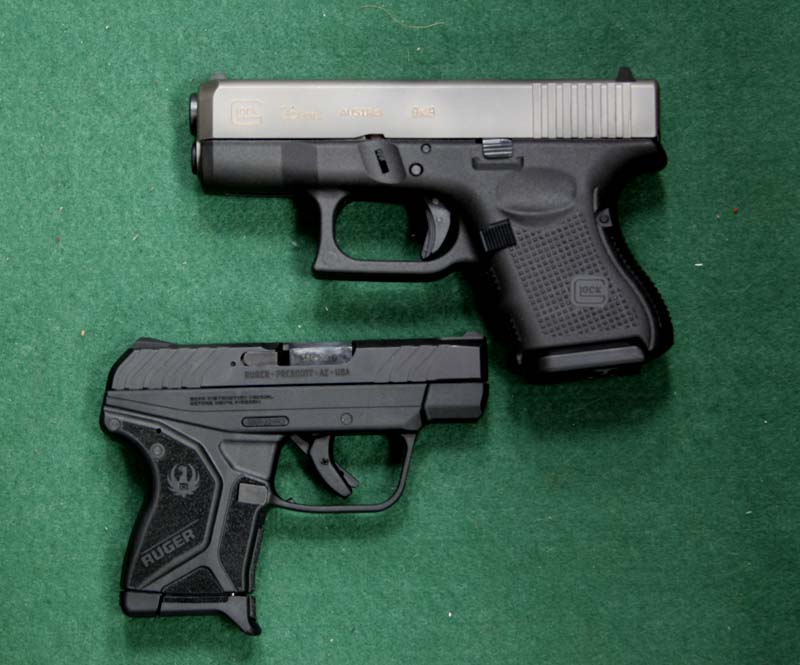 Weight Is Not Your Friend

When starting your search for a new carry gun you’ll find many choices. And there are a lot! With all the information available to us today it can get overwhelming. Remaining focused on the job of the gun we’re buying helps narrow down the size issue. Two terms you’ll want to familiarize yourself with are double stack and single stack. They directly affect the width of the magazine and gun. Along with the length of the mag, it also will dictate how many rounds the firearm will hold. 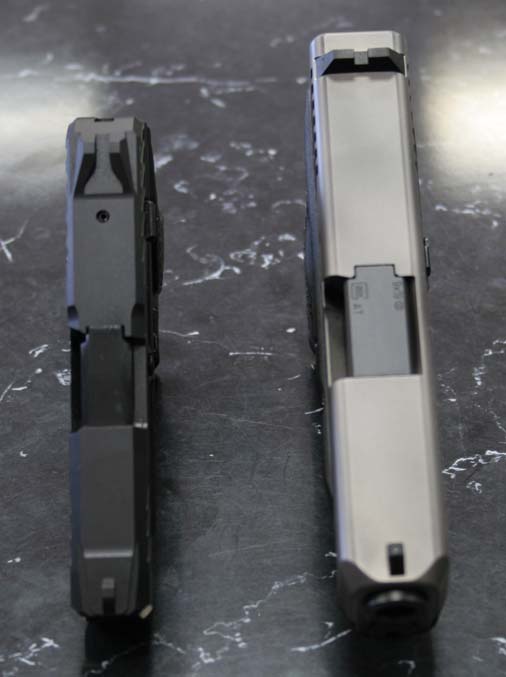 In a single stack magazine, ammunition is aligned one on top of another in a single row. In a double stack magazine, ammunition is aligned in a zigzag pattern until full. The double stack arrangement always allows for a greater number of rounds! Increased weight and size is the trade off though. This picture clearly shows the comparison of a single stack pistol compared to a  double stack pistol. See how bullet arrangement directly effects the width of the gun. The pistol on the left is the Ruger LCP II which is a single stack gun. The pistol on the right is the Glock 26 Gen 4, which is a double stack gun. The width of a firearm is an important element as well. It affects to distance from your body to the outside of the gun, and overall weight. Clearly the smaller and more narrow the gun, the less it will weigh.

Of course there is no free ride. All of these choices will have benefits and limitations. Felt recoil, the number of rounds it can hold, or conceal-ability are all factors. I believe the most often overlooked aspect of the carry equation is the overall weight of the gun when loaded with ammo. If you change one area of the firearm, it will affect something else. Either as an advantage or disadvantage as it relates to concealed carry.

Which Is The Right Gun For Me

You can make a difficult choice easier by asking yourself a few honest questions. First off, are you the type of person that usually has bulky items in their pockets? Such as a lot of keys on a ring? Or perhaps a large key ring clipped to your belt loop? Do you have a wallet that is bulky, or carry a knife in your pockets? Or, are you the type of person that does not like anything in their pockets and detests anything hanging on their pants loop. If you’re the later, I would bet you are not going to be happy with a larger double stack pistol on your hip all day. In the end your decision really is quite simple.

YOU are the one that needs to determine what gun to buy for YOUR personal protection! Use common sense and don’t be fooled by ads in a magazine, or an internet website, not even YouTube videos that are trying to convince you a particular brand or model is best. And not your spouse either! It’s your gun and you are carrying it!

Another sticky area which generates more debate than all others is the caliber issue. I would rather be effective with a good smaller caliber than miss with a larger caliber. Choose the caliber according to what level of recoil you can reasonably manage while being accurate! Remember to keep in mind that mass plays a role here. The bigger the gun, the less felt recoil. Another area of debate is how many rounds the gun holds?  Don’t be the one who left their gun at home or in the car because the large double stack you bought is too heavy. 5 rounds in a revolver, or 6 or 7 in a pistol is better than 0.

As a merchant I have watched many times as customers have agonized over making their gun choice. Which is the right gun to buy? Please believe me when I say, “it really doesn’t have to be that hard or complicated”. Remember, you are buying a gun that will almost exclusively be in a holster all of the time. You’ll hopefully be shooting it at the range often enough to maintain a level of confidence and proficiency. But remember to keep in mind it’s not a target gun! So shoot at, and train at realistic self defense distances.

So now it’s time to make your choice. You’ve done your homework, tried a few out and today’s the day. If your still not 100% sure , remember it’s better to error on the size of smaller! Look at it this way, if you buy a firearm and have no problems with weight, size, or recoil, you did good! Everything is as it should be. On the other hand, If you are having a hard time adjusting to the weight and size of the gun, you’re going to go 1 of 2 ways. Become accepting of the size and weight. Or you’re going to hate it and eventually stop carrying your gun altogether. One scenario leads to you not being able to defend yourself, and the other means you will have your gun on you to protect yourself or family when you needed it!

Real world carry requirements will help define the gun you buy. Holding in the hand comfort and other frills or fluff have no real value to defense! Manageability of size and weight, double or single stack, caliber and barrel length is all going to depend on who the gun is for, and their particular traits. Choice influences not mentioned in this article are seasonal differences (hot or cold), and the amount of clothing you’re wearing, along with holster selection. And not least of which is type of handgun, pistol or revolver? Sounds like another article or two for sure….

5 thoughts on “Guns for Concealed Carry”